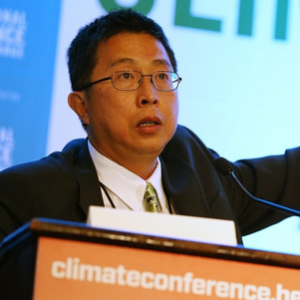 Willie Soon is an independent solar physicist at the Harvard-Smithsonian Center for Astrophysics, who has been studying the Sun and its influence on the Earth’s climate for more than a quarter of a century. In September 2017, he had a conversation with Grégoire Canlorbe. Here Dr Soon speaks for himself.

Indeed, a good puzzle for polar–bear science is the answer the question how polar bears survived during the ice ages, when ice covered coastal zones and large parts of the global ocean. Ice was piled miles deep on land, making it extremely difficult for eco-systems to provide enough food. Of course, areas of relative warmth, which population biologists call refugia, always exist. They may well the key to explaining how polar bears survived the Last Glacial Maximum about 21,000 years ago.

The so-called “environmentalists”, who seem to allow unreasoning emotion and political prejudice to stand in place of rational thought and sound science, became very angry when I asked them whether they would prefer to see a billion polar bears instead of the 20,000-30,000 living now. The real threat to polar bears was unregulated hunting, which reduced the population to perhaps as few as 5000 bears in the early 1970s.

After the November 1973 agreement to regulate hunting and outlaw hunting from aircraft and icebreakers, the polar bear population rebounded. By 2017 it was approaching 30,000. In 2016 a survey by the Nunavut government found a vulnerable population in the western Hudson Bay region to have been stable for at least five years.

I should say categorically that this polar bear fear-mongering is evidence of mass delusion promoted by group think. As a physical scientist rather than a biologist, I am generally reluctant to get involved in such topics as the influence of climate on polar-bear population, health and biology. But in 2002, Markus Dyck asked me to examine independently these strange and insupportable claims by environmental extremists that polar bears are threatened with extinction by global warming.

Consider the facts. From 6000 to 10,000 years ago, the Earth was considerably warmer than today. Yet the polar bears survived. In fact, they had evolved from land-based brown bears some 150,000 to 200,000 years ago, and to this day they rear their cubs in land-based dens burrowed into the snow.

Readers curious about Al Gore’s false statement that a scientific survey had found polar bears drowning because they could not find ice should see my talk on how environmentalists are the real threat to polar bears: https://www.youtube.com/watch?v=AmoKRz5VcbI. The survey cited by Gore in his sci-fi comedy horror movie in fact found that just four polar bears had drowned, three of them very close to land, and they had died because of high winds and high waves in an exceptional Arctic storm. The authors of the paper were later victimized by their academic colleagues at the instigation of environmental extremists because they had stated – correctly – that it was the storm, and not global warming, that had killed the bears.

What is more, in the dozen years before the survey, the sea ice extent in the Beaufort Sea, where the survey took place, had actually increased slightly. At no point was Al Gore’s story true. In 2007 the High Court in London condemned Gore for his false statements about polar bears, whose Linnaean classification is ursus maritimus – the Bear of the Sea. It is now known that they can swim for more than 100 miles over periods of several days. Al Gore could not even ride a pushbike that far.

One positive aspect of my work in science is that I have befriended many seekers after truth. A polar bear expert, Professor Mitch Taylor of Lakehead University, told me late in 2017:

“Just finished up in Davis Strait with 275 DNA samples.  The bears were in better condition this year than they were during the 2005-2007 study years.  The Wrangel Island bears in the photo are in good condition, but the Davis Strait bears were even fatter.  Markus [Dyck] has found the same in the Cape Dyer area.  Local people confirm the bears are very fat this year and are also reporting a big increase in ringed seals (immigration, not local productivity).”

Keen readers who may want solid information and frequent scientific updates about the overall health and trends of all 19 subpopulations of polar bears should visit the website of another friend of mine, Dr. Susan Crockford: http://polarbearscience.com.

Canlorbe: Climate change is surely nothing new. It is a long-established, cyclical behavior of our planet, which has long been oscillating between glaciations and interglacial warm periods. Should we diagnose Mother Nature with a bipolar disorder?

Dr Soon: Earth’s climate system dynamically oscillates between icehouse and hothouse conditions in geological time or, to a lesser degree, between the glacial and interglacial climates of the last 1-2 million years. But, as with many interesting questions about the Earth’s climate, there is no certain answer. The data do not support over-simplistic accounts.

I was fascinated to discover that changing sea levels, including extremely high global sea levels 65-250 feet (20-75 m) above today’s mean, occurred during the “hothouse Earth” era. One does not need an enormous ice sheet for sea level to be high, chiefly because the Earth’s coastal zones and ocean basins may be more porous and capacious than one would imagine. Indeed, deep geological studies proffer good evidence to support my position. I included this empirical evidence in an essay I recently co-wrote with Viscount (Christopher) Monckton of Brenchley.

In addition to the ever-changing shape and depth of the ocean basins and coastal zone boundaries, one must also bear in mind the “leaky Earth”: there appears to be a continuous exchange of water between the ocean bottom and the Earth’s crust, as Professor Shige Maruyama of Tokyo Institute of Technology has shown.

Sea level has risen by 400 feet over the past 10,000 years. For the past 200 years it has been rising at about 8 inches per century, and that rate may well continue. It has very little to do with global warming and much more to do with long-term climate cycles. In fact, so slowly has sea level been rising that environmental-extremist scientists have tampered with the raw data by adding an imagined (and imaginary) “global isostatic adjustment”, torturing the data until they show a rate of sea-level rise that has not in reality occurred.

It was 13.82 billion years ago that, at the moment of creation that we now call the Big Bang, God said, Let there be light, and there was light. The solar system, including our planet, is thus one-third as old as the known universe. Our place and time in the universe cannot be ignored in assessing the climate. The original proposition to resolve the Faint Young Sun Paradox by WeiJia Zhang of Peking University concerned the relevance of Hubble expansion flow in affecting the mean distance between the Sun and the Earth over geological time. One must even consider our galaxy’s interaction with passing stellar systems, especially the coming merger (in a few billion years) between the Milky Way and the M31 Andromeda galaxy to form the Milkomeda cluster. This very likely event will occur within the five billion years of the Sun’s lifetime. Gravity rules even over very large distances.

These are just a few of the considerations that lead me to insist on being open-minded in pursuing my scientific study. I study the Sun mainly to improve my own understanding. As A.E. Housman’s Greek chorus used to put it, “I only ask because I want to know.”

Canlorbe: You suggest that the Sun’s behavior is the driving force of climate warming, not factory smokestacks, urban sprawl or our sins of emission. Would you like to remind us of the keystones of your hypothesis?

Dr Soon: For a quarter of a century I have studied the hypothesis that solar radiation is causing or at lest modulating climatic variations over periods of several decades. The most up-to-date report of my sun-climate connection research is in a chapter I and my colleague Dr. Sallie Baliunas contributed to a book in honor of my late colleague Professor Bob Carter of Australia (1942–2016). For the more serious science geeks, a fuller paper, with my two excellent colleagues from Ireland, the Connollys pere et fils, is worth reading. If your readers have any difficulty in finding these works, just contact me.