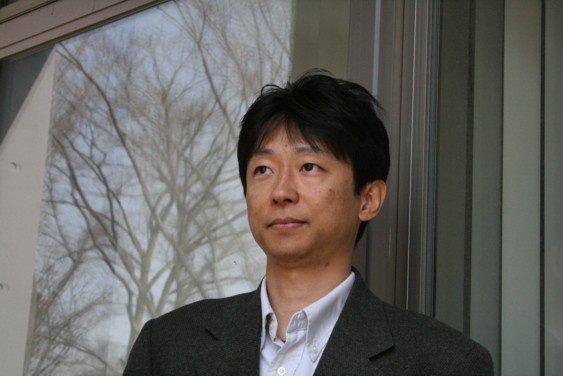 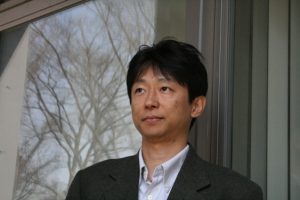 Tsutomu Hashimoto is a Professor of Economics at Hokkaido University in Japan, obtained a Ph.D. at Tokyo University, and published various books on liberalism and philosophy of economics in Japanese. He was a visiting researcher at New York University from 2000 to 2002 and at Aix-Marseille University in 2016. Contact: hasimoto@econ.hokudai,ac,jp

Grégoire Canlorbe: Among the major quests of your lifetime, one project that is dear to your heart consists in constructing an original theory of liberalism from the angle of a “philosophical anthropology of the social sciences.” Could you develop the origin of this vocation and the present lines of force of your perspective?

However, before explaining this, let me discuss my experiences on three epoch-making or breaking crises of our age, since all of these led me to a new consideration on liberalism. The first was the Revolutions of 1989 that lead to the fall of communism in Eastern European countries. The second were the 9/11 terrorist attacks in 2001, which actually happened during my stay in New York. The third was the Fukushima Daiichi nuclear disaster in Japan, in 2011.

First, the Revolutions of 1989 gave me the starting point of my study. At that time, I was 22 years old and was simply shocked by the corruption in Eastern European communist countries. Many Japanese intellectuals who influenced me in the 1980s were sympathetic to Marxist ideologies and they investigated new possibilities or frontiers on Marx’s text in terms of developing contemporary philosophy. In fact, many creative social theories in Japan emerged from this line of investigation. However, in 1989, I realized that these theoretical contributions were entirely useless in terms of normative issues.

At that time, I also had the chance to read F. A. Hayek’s Law, Legislation and Liberty during a seminar at my university in 1989. However, since the professor was a stubborn Hayekian and talked about Hayek authoritatively, I came to read Hayek critically. Meanwhile, I happened to find M. Rizzo and G. O’Driscoll’s stimulating book, Economics of Time and Ignorance, in my college library. When I found this book, I intuitively realized that it would be very important for both my life and research. In fact, after 10 years, I translated it into Japanese and, thanks to Professor Mario Rizzo, I had the chance to be a visiting researcher with New York University from 2000 to 2002.

My first book, The Logic of Liberty: Popper, Mises and Hayek, published in 1994, is about my investigation on liberalism as anti-communism. During the entire 20th century, the most important issue in the field of economic thought was “which regime is better or more desirable between capitalism and socialism?” Since this question cannot easily be settled at a theoretical level, the debate proceeded up to the stage of scientific methodology, and many people examined which side’s methodology or epistemology was scientifically legitimate between capitalism and socialism. This was a unique situation, because methodological statements carried some normative implications of these ideologies.

For example, methodological individualism carried implications on normative individualism. However, in my analysis, this situation gradually collapsed or faded. As such, methodological debates between capitalist and socialist camps have ceased to represent normative conflicts, partly due to their logical endogenous problems and partly due to historically exogenous elements. In other words, methodological investigation became de-ideologized or eliminated its “thought-ladenness.” In order to show what happened with the methodologies of the 20th century, I developed my “functional theory of methodology” and presented a thesis in which I call upon the “thought-ladenness of methodology.” This is, in short, the theoretical core of my first book.

The second book, as I already mentioned, is a philosophical investigation, in which I proposed a new model of what I call “problem-subject.” In this book, I analyzed the achievements of Max Weber and the subsequent Weberians and constructed an original system of philosophical anthropology.

After working on this book, I went to New York for two years as a visiting researcher and experienced the 9/11 terrorists attack in 2001 there. I was frightened not only by this incident, but also by the subsequent situation in New York. For example, I was stuck in an underground car a number of times for reasons unknown to me. Since I was alarmed by this situation in New York, I changed my research interests from Austrian economics to international political economy in general. The achievement of this change was reflected in the publishing of my third book, The Conditions of Empire, in 2007.

In this book, I first developed the ideas of “trans-conservatism” and “spontaneitism” as certain types of liberal enterprise in a global context. From this original perspective, I proposed two policies. One is how to create “world money” through Tobin’s tax and associated avoidance activities. The other is how to promote a liberal society by adjusting tariffs.

After writing this book, I published several other books on liberalism. Finally, in 2011, Japan experienced the Fukushima Daiichi nuclear disaster. This was the third crisis for me and a crisis of the legitimacy of the Japanese government as well. Facing this disaster, I conceived the nature of the problem from an Austrian perspective and pointed out that the constructivist formation of the electricity supply is at issue. From a broad perspective, capitalism in the 21st century would be driven by people’s ecological concerns.

In my book, Lost Modernity, published in 2012, I tried to answer the following question: what type of driving force is possible in our age for capitalism? Theoretically, I divided contemporary history after World War II into three periods: modernity, post-modernity, and lost modernity. Then, I investigated the driving force of capitalism in the age of lost modernity. The answer would be neither “modern diligent work,” nor “post-modern expanded desire.” I will talk about my investigation later during our interview but, in any event, this book was based on my observation on the contemporary Japanese society.

Therefore, I have developed my idea on liberalism by facing the three epoch-making crises: the Revolutions of 1989 in Eastern Europe, the 9/11 terrorist attacks in New York, and the Fukushima Daiichi nuclear disaster in Japan.

I call my original theory of liberalism “growth-oriented liberalism” or “spontaneitism.” More recently, I developed a theory on liberalism by extending the implications of Dogen’s masterpiece, Shouhou Genzou (Treasury of the True Dharma Eye), written in 13th century Japan. I am still trying to broaden my original perspective, especially in the field of economic philosophy.

For example, I am targeting a theory of “capability as potentiality,” as opposed to Amartya Sen’s “capability as ability,” a “vita activa” model of interventionism, as opposed to Cass Sunstein’s libertarian paternalism, and so forth. Hopefully, I would systematize these theoretical studies and present a new image of the liberal ideal. Overall, this will be a work on the art of governance from the perspective of a Hayekian horticultural expert, which I am still working on.

Grégoire Canlorbe: In economics, you esteem the Austrian methodology and Weltanschauung very highly. When it comes to enlightening the specificities of Japanese capitalism, how do you sum up the conceptual advantages of Austrian economics over other approaches such as Weberian sociology or Marxian theory?

Tsutomu Hashimoto: Considering the idea of catching up with western capitalism, I think that there is no great worldview or Weltanschauung that has contributed to explaining it in detail. This is true in the Japanese case as well. Neither Max Weber nor Karl Marx provides us with any significant theory on this topic. Austrian economics, however, might have a normative answer. This school would propose that developing countries be incorporated into the global network of market economy through deregulation of the domestic market and acceptance of capital from advanced countries as much as possible.

This type of normative perspective would explain the successful history of capitalism in small countries such as Singapore, but would not explain other successful economic developments in large countries such as Japan. In fact, the Austrian worldview has begun to influence the Japanese society after Japan has economically caught up with the western countries in the 1980s.

In order to look into the specificities of the success of Japanese capitalism, we need to refer to some innovations in management, such as “just-in-time inventory management” and “quality control circle.” In this respect, Ikujiro Nonaka’s work on shared tacit knowledge in firms is worthwhile mentioning, since this theory explains why Japanese firms have competitive advantage in the global market economy in terms of knowledge. Nonaka’s work is best placed in the context of Austrian economics, as an application of the Hayekian theory of knowledge.

It is also worth mentioning that Katsuichi Yamamoto, the founder of Austrian economics in Japan, became active in the political area as well. While he wrote a comprehensive book on socialist calculation debate in 1939 and several related books on anti-socialism, anti-totalitarianism, and anti-welfare state, he became a member of parliament for five mandates. His political stance was based on moral nationalism and he sought national integrity for the Japanese spirit by means of education. It would be interesting to study his contribution to Austrian economics and his politically conservative message.

What I utilize from the Austrian worldview are some contemporary issues on social policies in Japan. For example, I have presented my reform proposals on national universities. In Japan, national universities have finally transformed into “national university corporations” in 2003. During this transformation, I proposed the following ideas: free mergers and acquisitions among universities, free use of university brand names, acceptance for those who passed a low standard of common entrance examinations in every university and college, additional examination to select students starting the third grade, and so on. It is interesting to see that some of my proposals have been accepted and institutionalized in the reform process of universities.

Other proposals of mine are related to the following issues: privatization of post offices, counter-arguments on the criticism of neoliberalism in Japan, reform proposal on the NHK (National Broadcasting Corporation), reform proposal on the tariff system, proposal to create a world currency, etc. In these proposals, I am, to some degree, inspired by Hayek’s way of thinking rather than by Marxist, Weberian, neoclassical or institutional economics.