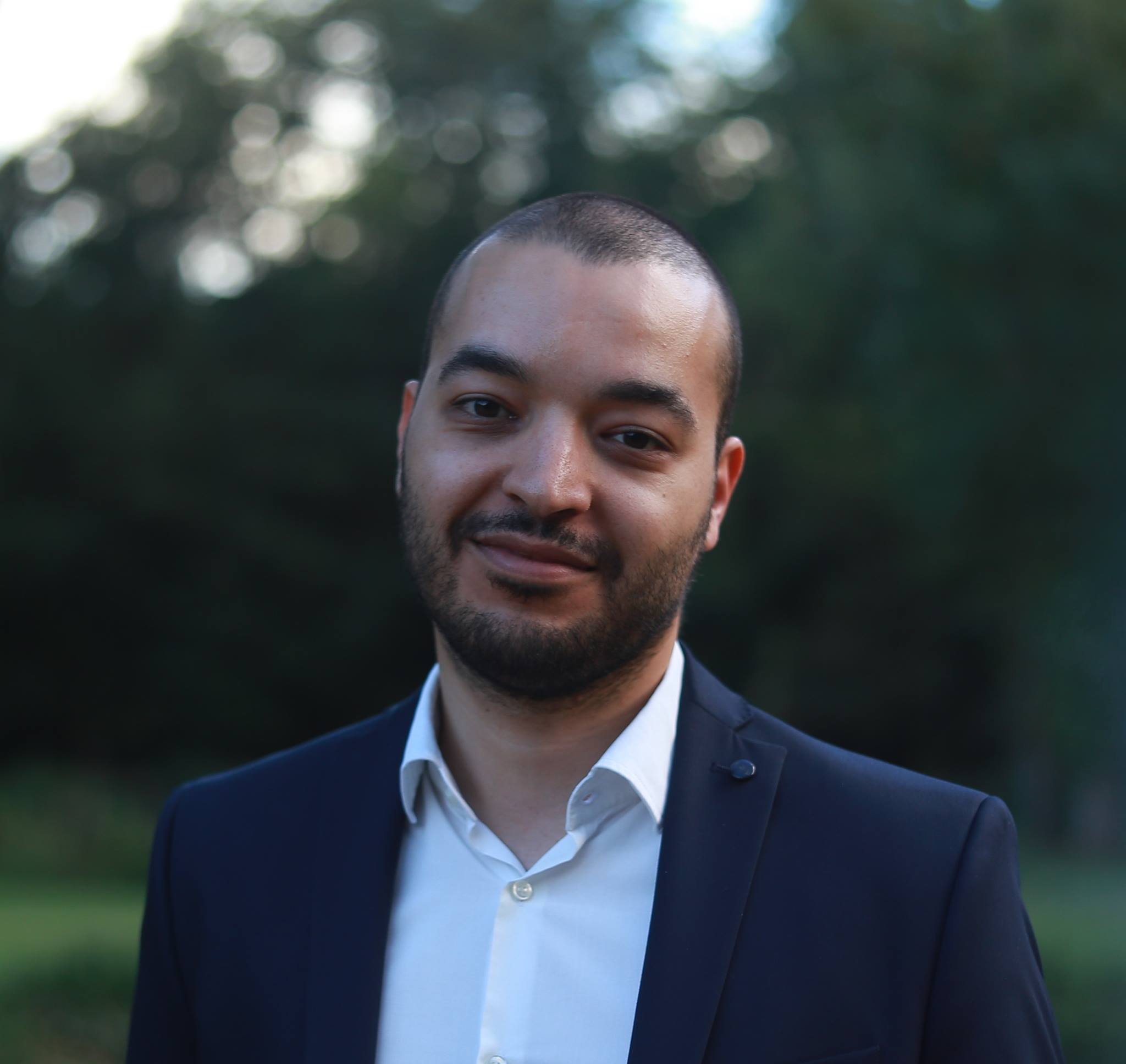 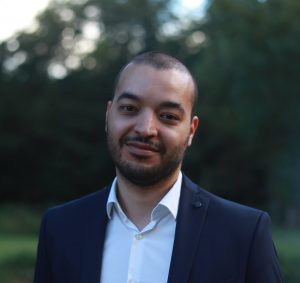 Majid Oukacha is a young French essayist who was born and grew up in a France which he recognizes less every year. « A former Muslim but an eternal patriot, » as he sometimes likes to describe himself, he is the author of Face to Faith With Islam, a systematic critique, without value judgments, of the most inconsistent and imprecise Koranic laws.

Grégoire Canlorbe: Could you start by reminding us of the circumstances and motives of your abandoning Islam — and of your decision to take up your pen to unravel your former religion for the public at large?

Majid Oukacha: Like all Frenchmen who were born and grew up in France in the late twentieth century, I am fortunate to belong to a peaceful nation that allowed me to enjoy rights and freedoms for which I never personally had to fight. My parents, French citizens of Algerian origin and Muslim persuasion, provided me with a religious education, which destined me to remain a devout Muslim. They also gave me a civic, social and ethical education based on respect for France and its values, as embodied in its motto, « liberty, equality, fraternity. »

I started going to the mosque at the age of eight. The first imam who taught me, and who came from a foreign country, had a perfect French accent, a big, cheerful smile, and he was careful never to give orders to his students outside the walls of the mosque. The courses I took quickly led me to see that what I thought was a blessing — to be born into a faith able to save me from Hell, which, according to the Koran, spares only Muslims — would also become a permanent burden.

When one is a Muslim, every trivial action of daily life is codified, from how to drink a glass of water upon waking to how to go to bed. I submitted to Allah to avoid the torments of His wrath in the afterlife; I obeyed codified rituals that sometimes seemed a waste of time or a nonsense. My non-Muslim friends were accustomed to hearing me tell them I had to interrupt a game of football or cards to go to the mosque. There, I essentially learned to do the salat, the Muslim five-times-a-day prayers, as well as the bottomless pit of behavioral codes established as virtues by the romanticized figure of the prophet Muhammad.

In the middle of the uniform flock — blindly imitating a distant spectrum imposing its obligations and prohibitions — I was not afraid to ask « hard » questions.

« Why in Koranic law about the need to cut off the hand of thief (Surah 5, verse 38), does Allah not say which hand is to be cut off (the right one or the left one)? Why does He specify no minimum value for the theft from which the hand of a thief can be cut off? Stealing an apple for the first time in one’s life, does it really deserve to have a hand severed? And why does Allah not say the minimum age of a thief who must have a hand cut off? Should a 12-year-old who has never stolen before really be held as responsible as a 40-year-old repeat offender? »

« Why should one walk seven circles around the Black Stone during the Hajj and not six or eight? What will happen if I walk around it eight times? »

« The Prophet Muhammad explains in his Sunnah that a woman, a black dog or a donkey passing in front of a praying Muslim can cancel his prayer; but, as usual in the Sunnah, Muhammad merely advances a judgment without explaining why it should be that way. To someone who does not believe in Islam, such a statement sounds like a superstition. Why not give the intellectual journey linked to it, instead of just a dogmatic sentence? If it is Allah Himself who gave him this knowledge, why didn’t the Hadith that mentions this prophetic story become a verse of the Koran? The Koran is supposed to represent the messages of Allah which the prophet Muhammad passes on to his contemporaries to inform them about what their creator expects of them. If a woman passes one kilometer from someone who is praying, is the prayer canceled then? What is the maximum distance from which a prayer is cancelled altogether? »

The logical « domino effect » of these questions is only a small part of the many thoughts that can, and should, keep one’s mind alert — far from the corset of indoctrination that is closed to doubt. I never heard satisfying answers to the limits of this juridical Islam to which I had always pledged allegiance, so I decided to seek them directly from Allah himself. Just before entering university, I tried to understand Islam with an unbiased look, rather than to learn it as an unquestioning believer.

I had decided to read the entire Koran, from the first to the last sentence, and to register impressions, doubts, and questions in a notebook. Reading the Koran that way not only forced me to have to admit that almost all Islamic laws and dogmas had no scientific or rational basis, but it also highlighted that Islam, under its founder, was a misogynistic religion, preaching slavery, and an enemy of freedom of thought. I had fallen. My trust in what was both obvious and intangible had deceived me all this time. It is the libertarian and egalitarian values of secular and humanist France — which I have learned to love and respect — which gave me the strength to refuse to give in to the fear of blackmail in the form of eternal Hellfire.

Leaving Islam confirmed my longtime fear that one day I would witness the French people lose all these freedoms and this lifestyle that make France a beloved and envied country throughout the world. All revolutions do not necessarily begin or end in a bloodbath. In a democracy, the majority has the power to make or break a revolution, away from anarchy and war. The day an Islamic majority in France will vote for a president and parliamentarians able to define for all of us what separates right from wrong, good from evil and fair from unfair, what choices then will remain for us?

You cannot flee from problems indefinitely. You have to fight them at one time or another. I need to convince the maximum of my contemporaries that Islam is a threat to our individual rights and freedoms, and I choose to fight using words, because communication (through writing, speech) is the weapon that gives me my strength. I am, as far as I know, the only author who has made a comprehensive critical study of the principal legal and doctrinal aspects of Islam, by addressing the technical inaccuracies of the laws but without ever stating any moral or value judgment. I have no taboos so I dealt with explosive topics: slavery, pedophilia, criminalization of freedom of conscience… I think this is the most effective method to demonstrate to the widest possible audience the obscurantism and danger of Islam: a universal legislation that cannot coexist with difference.

Grégoire Canlorbe: This objective look at the technical limitations of Koranic laws seems rare. Is it possible to do the same work with religious books from Christianity or Judaism?

Majid Oukacha: For Muslims, every sentence in the Koran is meant to be a tale whose author is Allah Himself, the creator of the world, and who is an omnipotent, omniscient and perfect God. This God proclaims many draconian universal laws that are not limited by place or time.

This base makes analyzing the Koran far simpler than analyzing some of the sacred texts of Judaism or Christianity. The Talmud cites original narratives and interpretations thought by humans. It is up to today’s Jews to decide whether to adhere to these passages or to question them. We can say the same of the New Testament, which is dear to Christians.

Today, the countries where one lives best, if one is a woman or a free thinker, are precisely the countries with Christian and Jewish roots: France, the United States of America, Israel, Australia, England… These countries defend the individual freedoms of the weakest and the most varied people more than any Muslim country in the world has ever done. If a Muslim wants to criticize a misogynistic passage from the Bible or the Torah for example, good for him!