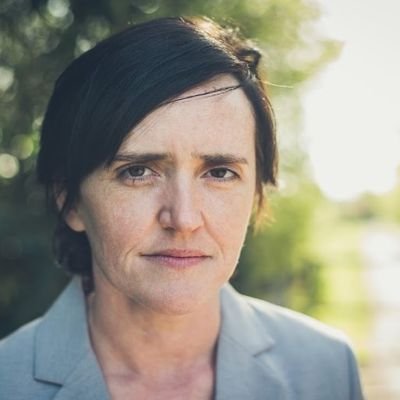 Anne Marie Dorothy Waters is a politician and activist in the United Kingdom. She founded and leads the party For Britain. [The views here expressed are not to be confused with those of the Gatestone Institute nor with those of Canlorbe.]

Grégoire Canlorbe: Please tell us about the political party you founded and are currently leading, For Britain. What are its ambitions—and its strategy?

Anne Marie Waters: Our ambitions are large (always think big!) We want to build a mass movement of the millions who have been sidelined and excluded from public life in the UK.  This is a movement for those who are not far right or racist but want to end this mass immigration that threatens our culture and identity, those who know and understand that Black Lives Matter are a neo-communist group intent on violently dismantling our society, those who can see that Islam is not peaceful and has brought horrors (including the gang rape of young girls and terror attacks) to our shores, and those who know that our government lies to us time and again. We live in a UK where free speech is a thing of the past, our media is merely a mouthpiece of government dictats, and where decent people are demonized and smeared for holding informed opinions. We are in a Britain that resembles the communist Soviet Union; fear, censorship, excessive government control.

There are millions of British people who know this, even if they don’t yet verbalise it.  Those people are entirely unrepresented; For Britain will give them that representation.

I believe we are on the precipice of great change. I intend to be at the forefront of bringing about that great change. We don’t want to ‘Build Back Better’ as the globalists keep demanding, we want to Bring Back Britain.

Grégoire Canlorbe: How do you judge the British establishment’s attitude towards the alleged demographic, cultural Islamization?

Anne Marie Waters: The British establishment is very enthusiastic about our Islamisation!  There are different reasons, depending on the person. For example, our Members of Parliament are either entirely ignorant of Islam and genuinely believe to object to its teachings is “racist” (such people are simply too unintelligent to understand). Others know what the truth is but are too focused on not rocking the boat, or risking attack by the media, that they stay silent. Others hate our society so much that they see Islam as a better option. None of these people should be serving in the British Parliament.

The issue of course is mass migration. The political and media elite are entirely wedded to the global project of bringing down nation-states. This cannot be done without mass migration. If the British public was informed about the horrors of Islam, they may object to mass migration (almost all of which is Muslim) and that would be a fly in the ointment for the globalists. So the truth of Islam is hidden and those who speak it absolutely vilified in public. People therefore stay silent and the quiet death of Western civilization continues apace.

Grégoire Canlorbe: Could you expand on your point that Islam is incompatible with democracy? Do you think the same of Christianity?

Anne Marie Waters: The incompatibility is easily observable. Europe has a long history of defying authority and demanding rights for citizens. The Reformation, the Enlightenment, the French Revolution, and beyond; all part of Europe’s story, and a history we are built upon as a continent.  Now we have opened our borders to medieval beliefs and behaviours.  “Death for blasphemy”, “death to apostates”, stonings, beheadings… In the Muslim world, the last 500 years of European history hasn’t happened.

We are a society of science, and reason, and evidence, and just as we achieve that, we open to the door to medievalism and are catapulted back in time. Secularism and free speech, equal rights between the sexes, the protection of children, all of this is being sacrificed for Islam.

Grégoire Canlorbe: Do you recognize yourself in Enoch Powell’s so-called “Rivers of Blood” speech, in which he predicted (in 1968) that mass immigration would be like “watching a nation busily engaged in heaping up its own funeral pyre”?

Anne Marie Waters: Absolutely. In his worst nightmares, Powell could not have predicted what was to come. He was speaking about 10,000s of migrants, what we have now is 100,000s per year. Most of these people are coming here illegally and this is simply allowed to take place while we watch. What is even harder to take is how these illegal immigrants are elevated above the native population. There are 1,000s of homeless British people in the UK, and yet illegal immigrants are housed in hotels until permanent accommodation is provided to them. No such relief or help is available to homeless Britons. Now that we are about to receive a massive influx of Afghans (who already responsible for grotesque crimes all over Europe), there are plans in place to give them homes, medical care, training and employment, and even free university attendance. Britons must pay £1,000s per year to attend university. It is a profound injustice.

White Britons are legally excluded from applying for certain jobs, while white children are actively taught that they are racists and colonisers and oppressors. We hear endless propaganda about racial discrimination and disadvantage faced by non-white people in Britain, when the truth is that the only people who face this discrimination are white people.

Powell was right, but he vastly underestimated the pace and scale of the destruction of our country.

Grégoire Canlorbe: Thank you for your time. It has been twenty years since the 11 September attacks happened. What do you think should be done to prevail once and for all in the war declared against the West?

Anne Marie Waters: We must stop the immigration first and foremost. We cannot deal with these problems while the borders are still open. Then we must begin the process of deporting those who came here illegally. We must scrap the Human Rights Act in order to prevent non-Britons taking precedence over Britons. The rights of terrorists and rapists are considered more important than the safety of the British public. This needs new laws to prevent activist judges allowing criminals to stay in our country.

We must scrap all ‘hate speech’ laws and allow our citizens to speak freely. We must enact laws that prevent the press smearing political candidates as ‘fascists’ for daring to tell the truth.

We must close all sharia councils, ban the burka, prosecute and deport those who engage in honour violence, FGM, or child marriage. We must ban halal. It is also absolutely essential that all of those who express support for jihad, who support terrorists, or who want sharia law, and who are not British citizens, are deported from our country. We owe them nothing.

These steps are just the beginning but if we were to take them, we would be in a completely different place. The world would no longer see Britain as a soft touch or a hub of jihad.

The truth is however that we will only take these steps if we change those who govern us. That is the first and most important thing we must do. Our current politicians will never do what is needed, therefore we must replace those politicians with people who will.

That conversation was initially published on Gatestone Institute, in November 2021