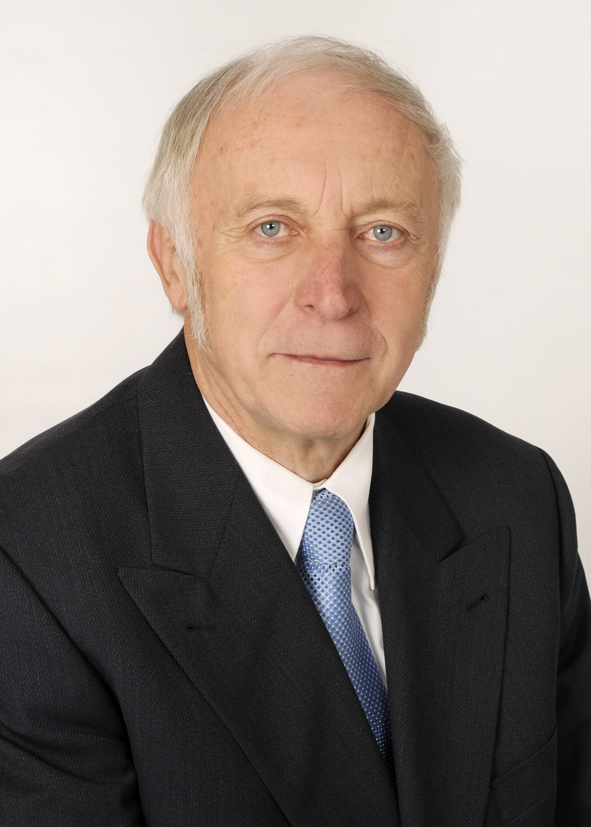 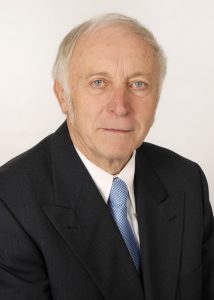 Volkmar Weiss is a German geneticist and historian. He graduated from Humboldt University of Berlin with a doctor of science degree in 1972, after presenting his dissertation on the heredity of intellectual giftedness for mathematics and technology. In 1990 he earned his postdoctoral qualification as a geneticist with the book Psychogenetik: Humangenetik in Psychologie und Psychiatrie [Psychogenetics: Human Genetics in Psychology and Psychiatry] and in 1993 as a social historian with the book Bevölkerung und soziale Mobilität: Sachsen 1550–1880 [Population and Social Mobility: Saxony 1550–1880]. He co-founded the German Social Union in 1990 and was a member of the German Christian Democratic Union from 1990 to 1993. From 1990 to 2007, he was head of the German Central Office for Genealogy.

In 2000 he published Die IQ-Falle: Intelligenz, Sozialstruktur und Politik [The IQ Case: Intelligence, Social Structure, and Politics], which is commonly considered the German counterpoint to The Bell Curve. He has spent his retirement writing nonfiction books and alternative history novels, among them, in 2012, Die Intelligenz und ihre Feinde: Aufstieg und Niedergang der Industriegesellschaft [Intelligence and Its Enemies: The Rise and Decline of Industrial Society] and, in 2007, Das Reich Artam: Die alternative Geschichte 1941–2099 [The Reich Artam: The Alternative History 1941–2099]. In his 2010’s book Deutschland schafft sich ab [Germany Abolishes Itself], Thilo Sarrazin refers to and uses Weiss’ arguments to support his own conclusions on demographic substitution. A short actualized version of his 2012’s monograph is the book IQ Means Inequality: The Population Cycle that Drives Human History (KDP 2020).

Grégoire Canlorbe: Against the consensual position in social sciences that interindividual differences in intelligence are exclusively molded by the membership in a given social class, you do not hesitate to present intellectual inequalities as mostly rooted in genes—and nonetheless correlated with properly social inequalities. How do you develop your subversive claim?

Volkmar Weiss: The Communists, who came to power in 1945 in the Soviet occupation zone of Germany, started from the assumption that all social differences were based on social causes and only on them. By abolishing these causes and, first and foremost, the differences in education, one also abolishes the social differences, so orthodox communists believe. Therefore a “counter-privileged educational policy” began in East Germany. Children whose parents belonged to the intelligentsia were discriminated against, while children of workers and peasants received special support, for example in “workers and peasants faculties”. At the end of the 1950s, East Germany had managed to make considerable progress towards the goal of equal opportunities. But what happened then?

In the 1960s, the proportion of high school graduates whose parents had once received special support after the war as children of workers and peasants and who had meanwhile become managers or members of the intelligentsia grew from year to year. In the statistics, their children no longer counted as children of workers and peasants. This was annoying and embarrassing to the representatives of the “leading working class,” and the special promotion of workers’ children was abolished in the mid-sixties. In the meantime, there was already social research in East Germany, which, since it could do nothing with such deliberately blurred categories as “working class”, had to work with clear classifications and therefore began to speak of educational strata. Empirical social research defined all university and technical college graduates (i.e. all those with an IQ above 115), regardless of their job, power or function, as members of the intelligentsia.

Uniform school conditions not only have a homogenizing effect, but also a differentiating one and social differences are intensified. In the 1960s, in view of this development the East German power elite became more and more interested in the promotion of talents and did not longer categorically rule out the possibility of a genetic background of high IQ. In 1969 professor Hans Grimm, director of the Institute of Anthropology in Berlin (East), proposed to me to do research on the inheritance of mathematical high-giftedness. I saw myself in the footsteps of Francis Galton, agreed and received permission for this research from Margot Honecker herself, Minister of National Education.

I used the annual “Olympiads of Young Mathematicians” held in East Germany as the starting point of my investigation. In the period 1963-1971 about 2.8 million students participated in these competitions, all mentally healthy students of the grades 5-12. The registration cards of the 1329 best placed pupils and questionnaires provided data on around 20 000 relatives.

For someone who has Mendel’s law and their statistical distributions in mind, these findings suggest the segregation of genes as the background of high IQ and high giftedness. The same effect as a major gene locus could have a series of additive alleles.

Grégoire Canlorbe: Thirty years after the fall of the Berlin Wall, and the publication of your article on the European proletariat (in which you challenged the Marxist notion of a hereditary and disproportionately increasing proletariat), how do you assess the economic integration of Eastern Germany—and the global fate of free enterprise and laissez-faire capitalism in the reunified Federal Republic of Germany?

Volkmar Weiss: East Germany became and remains the poor annex of the West. Up to 1989, the inhabitants of East Germany did see decades of decline. After reunification they are afraid to live again in a state whose historic fate as a whole is decline. Therefore we have in former East Germany a strong opposition against unlimited immigration.

Grégoire Canlorbe: Relying on the logic of genetics and available knowledge on allele frequencies, you used to judge it highly probable that C2orf16 rs1919128 was the major gene locus of general cognitive ability. How did you come to endorse, then dismiss, the hypothesis?

Volkmar Weiss: Genes underlying IQ should have a certain distribution within social strata, ethnic populations and samples of high and low IQ subjects, in 2012 this was the starting point to look into all available databases of human genes. Despite the extreme probabilities, which spoke for C2orf16 rs1919128, it was a false positive finding. Many of genes claimed to underlie schizophrenia, Alzheimer and so on are false positives.

Another approach would have been to look for the greatest genetic differences between man and apes. On this route of research the group, led by Prof. Sikela, Denver, Colorado, found out that the number of copies of the gene DUF1220 (Olduvai) in the human genome is highly correlated with IQ and the risk to have autism or schizophrenia. High IQ subjects have about 20 copies more than low IQ persons. The number of copies has the same effect as the number of alleles of one genetic locus.