This interview was published in the December 2016 issue of Man and the Economy journal, founded by Nobel Prize winning economist Ronald Coase. For access to full text, subscription to the journal or payment for the individual article is required. 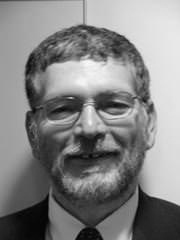 Steven Kates is Associate Professor of Economics at RMIT. He was chief economist for the Australian Chamber of Commerce for 24 years and a commissioner on the Productivity Commission. If he has a mission in life, it is to see Keynesian economic theory disappear from our textbooks and the return of the classical theory of the cycle as the guide to economic policy.

He has written Free Market Economics: an Introduction for the General Reader (Edward Elgar 2011), which explains what economic theory looks like if the entrepreneur is placed at the centre of microeconomic analysis and in which Say’s Law is brought back as the core of macro.

Grégoire Canlorbe: According to you, Say’s Law was the statement that demand would never fall short of properly proportioned supply. In other words, demand deficiency could never occur—except in the case of miscalculations on the side of supply.

At first sight, this proposition is a tautology. By definition, so long as decisions by producers on what to produce coincide with decisions by buyers on what to buy, there prevails an equilibrium of supply and demand. In my opinion, the law of markets presupposes in fact something crucial, namely that the desire to buy goods is only limited by the nature of goods supplied. Although there may happen a global mismatch between the wishes of buyers and the composition of supply, the willingness to acquire (consumption or equipment) goods is otherwise infinite.

Overproducing means here to produce something in excess with the demand of people or to sell it at a price that does not cover the costs of production. The classical proponents of the law of markets believed overproduction of everything could never occur—unless an outbreak of entrepreneurial mistakes concerning the public’s preferences or purchasing power. In this regard, what they fundamentally did was to castigate any theoretical explanation of crises holding the fluctuations in demand for a phenomenon totally independent of the structure of supply. The classics generally put it in these somewhat sybillin terms: while men err in their production, demand is infinite as such. While recessions happen, they are never caused by demand deficiency.

In his posthumous Notes on Malthus, David Ricardo provided an eloquent summary of this precocious intuition of classical economics.

“If the commodities produced be suited to the wants of the purchasers, they can not exist in such abundance as not to find a market. Mistakes may be made, and commodities not suited to the demand may be produced—of these they may be a glut; they may not sell at their usual price; but then this is owing to the mistake, and not to the want of demand for productions [per se].”

Could you start by reminding us the lines of force of the reasoning underlying this cumulative proposition on the part of Jean-Baptiste Say, James Mill and Robert Torrens?

Steve Kates: There are a number of false assumptions on the nature and scope of Say’s Law that must be eliminated before we can have this conversation.

The first and most important of these assumptions is that Say’s Law is a conception best understood by looking at economists from the early nineteenth century. And the reason this conception remains embedded in so much of the modern approach is that it is called “Say’s” Law, Jean-Baptiste Say, of course, having written the first edition of his Treatise in 1803. So let me begin by putting this discussion on Say’s Law into its proper context.

The term “Say’s Law” was invented in the twentieth century. It was invented by the economist Fred Taylor, as he describes in his introductory text, Principles of Economics. The text was self-published in 1911 and distributed only to his own students at the University of Michigan, but was then published in 1921 by the Ronald Press in normal textbook form as the eighth edition for use beyond his own classrooms. And how do we know that Taylor invented this term? Because he says so. Chapter XV is titled “Say’s Law” and in it he discusses why he chose this name.

Grégoire Canlorbe, a journalist, has conducted several interviews for journals and reviews such as Man and the Economy, founded by Nobel-Prize winning economist Ronald Coase, Arguments, and Agefi Magazine; and think tanks such as Gatestone Institute. He’s also collaborating with sociologist and philosopher Howard Bloom on a conversations book. Contact: gregoire.canlorbe@wanadoo.fr