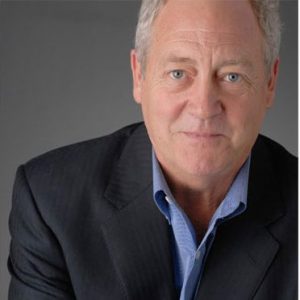 That was basically the main focus of Greenpeace. The “peace” part was really what we were emphasizing in the beginning. Our theme was that all-out nuclear war would also be extremely damaging to the environment, the “green” part. So “green” and “peace” being put together in one word was a revolutionary concept and one of the reasons it gained so much authority and power, because it resonated with people that humans and the environment were one thing closely related to each other. As time went on, the peace kind of got lost when we shifted to “save the whales,” “save the baby seals,” “stop toxic waste dumping,” and “anti-nuclear energy”, instead of anti-nuclear weapons. And so the thinking shifted to where we were focusing more on nature, and that caused the “peace” to drop off the end of Greenpeace, a little bit, and by the time I left in 1986, Greenpeace and much of the rest of the environmental movement was characterizing humans as the enemies of earth, the enemies of nature. And this does not resonate with me.

Being an ecologist, I see all life as one system on the earth. Ecology is about the interrelationships among all of the different forms of life, including humans of course. We came from nature, we evolved from nature in the same manner, evolutionarily, as all of the others species did. So, to see human as separate and, in a way, the only evil animal, is how it is now projected. We’re the only bad animal, the only bad species. Even weeds are better than us, disease agents are not evil, they are just there, part of nature. While humans in a sort of original sin kind of fashion, have become characterized as the enemies of nature, so that’s why I left Greenpeace on the broader front, because I don’t believe in that even for one second, that we are the enemies of nature, and you’ll understand why later in the interview, but, for me, my distancing from Greenpeace began about four years before I left.

In 1982, there was a meeting of international environmental with about 85 of us, I believe, from all over the world chosen on geographical criteria. I was from Western Canada, the one person from Western Canada in that meeting in Nairobi, Kenya. After the first UN Conference on the environment in 1972 in Stockholm, the first United Nations agency to be in a developing country, the United Nations Environment Program (UNEP) was founded in Kenya. And in order to celebrate the 10th anniversary of the Stockholm conference, we 85 environmental were brought together by the Environmental Liaison Center, which was the environmental NGO’s liaison with UNEP. It was at that meeting that I heard for the first time in my life the term “sustainable development.” That term had been coined earlier in the day at a meeting between environmentalists from the industrial countries and environmentalists from the developing countries.

So that’s when I first began to realize, this term “sustainable development” told me that the challenge for environmentalism going forward would be much larger than just awareness of the environment. It includes the social and economic dimensions. Sustainable development means you have to take into consideration the fact that there are more than 7 billion human beings, who every day need food, energy, and materials to survive. Food, energy, and materials, all come from the environment. So I saw things in a completely different picture as a result of this new approach. I too, in the campaigning of the environmental movement that what we did 24/7, all we did was think about our campaigns, I kind of had the blinkers on, a little bit and only seeing the ecology and the environment and nature, and not seeing the relationships with the social and economic factors that govern our daily lives, and so I realized that the incorporation of environmental values into the social and economic fabric had to be taken.

You can’t just say, “Ok, we’re going to save the environment, never mind the people, just let them die, because they can’t have anything anymore, because it will affect the environment.” That’s not a correct approach and I think too much today, if you take for example, the movement against oil, and pipelines to carry to refineries and all of this. It’s basically being proposed that we commit economic suicide. If you look at the environmental movement position on energy today, they are against fossil fuels, they are against nuclear energy, they are against hydroelectric energy, they are against 98.5 % of the world’s energy. This would be suicide, not just economic suicide but really suicide, like dying. So, over 4 years, not knowing or understanding what I could possibly do next after being in Greenpeace for 15 years, right out of university, right out of my PhD, I had no chance to have a “normal” life in industry or government, at this point I was far, too far gone along my way of thinking to do that. So I left Greenpeace.

Why did I leave Greenpeace finally? Because they adopted a campaign to ban chlorine worldwide. And of this I thought how ridiculous, I’m in this group where all the other directors have no science and they’re saying we should ban the element chlorine from existence in human affairs. They didn’t seem to understand that chlorine was the most important element for public health and medicine and when I saw this I realized they really didn’t care about people. They would ban an element which is so important in healthcare and in medicine, adding chlorine to our drinking water has been the biggest advance in the history of public health in swimming pools and spas where it prevents bacteria from killing us, and most of our synthetic medicines, pharmaceuticals or drugs are made with chlorine chemistry. Chlorine is important, precisely because it’s toxic to bacteria and other disease agents that are trying to kill us.

So in the end, that was the sharp point of the stick for me. I could not stay in an association, as an international director, that was against the use of chlorine for medicine and public health. And so I left and began a salmon farm in aquaculture at my childhood home on Northern Vancouver Island and, within a year or two, was being attacked by Greenpeace for growing fish. Then I really knew I was smart to get out, because aquaculture, of course, is one of the most important future methods of food production for this world. Producing healthy proteins and fats better for you in a diet than land animals, not that I don’t eat those but that’s a long winded explanation of why I left Greenpeace.

Patrick Moore (on the left), in the company of Grégoire Canlorbe,
in December 2017 in Paris

Grégoire Canlorbe: President Trump makes no mystery of his climate skepticism, thus echoing the own language elements of his Russian homologue. It was revealed that Mr. Putin’s skepticism dates from the early 2000s, when his staff did very extensive work trying to uncover all aspects of the alleged anthropogenic climate warning. Do you believe the Kremlin, along with the Trump administration, has become a front-runner in the fight against climate change totalitarianism?

Patrick Moore: Yes, it’s been very obvious for some time that the Russians, particularly Russian scientists, do not believe that man-made climate change has been a catastrophe of some kind. I mean, most scientists will say, yes of course, there are over seven billion humans and our missions and our activities, especially the clearing of ecosystems for agriculture, it’s obviously having some effect on the world but whether it’s having a huge effect on the climate is very much debatable, and I don’t really believe it is true. Microclimates, yes, cities have made changes that had make it warmer inside, for example, the “urban heat island effect” as it is called. So everywhere you go where there is a city with a lots of concrete and lots of heat being used in the buildings, you will find that it is warmer in the city than it is out in the country right nearby.