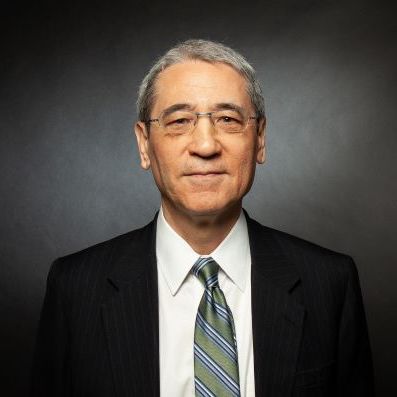 Gordon Guthrie Chang is a columnist, blogger, television pundit, author, and lawyer. He is known for books like The Coming Collapse of China—and more recently, The Great US.-China Tech War.

Grégoire Canlorbe: Now that Donald Trump has left the White House—how do you assess the situation of the new communist giant, namely Xi Jinping’s China?

Gordon G. Chang: Xi Jinping now has, in President Biden, the American leader he has always wanted. Biden with his executive orders and other actions has so far given China many gifts and has asked for nothing in return. Among these unilateral concessions are his lifting a ban on Chinese electrical equipment, postponing rules against investments in China’s military-linked companies, rejoining the Beijing-dominated World Health Organization, and delaying prohibitions on Chinese apps.

As a result of receiving so many free gifts from Biden, Xi seems more arrogant and is demanding even more.

We see Xi’s new demands in his intransigent position going into Thursday’s meeting in Anchorage. China’s top diplomat, Yang Jiechi, and his subordinate, Foreign Minister Wang Yi, look as if they are going to Alaska not to engage in meaningful discussion, but to lecture U.S. Secretary of State Antony Blinken and National Security Advisor Jake Sullivan and to dictate the terms of the relationship going forward. Beijing has brought “arrogance” to a whole new level.

China’s diplomacy in the communist era has always been tightly tied to its internal political dynamics. The hostility evident today is a clear reflection of Xi Jinping’s I-own-the-world attitude.

Grégoire Canlorbe: How do you account for the Iranian partnership with China and Russia?

Gordon G. Chang: Iran is an enemy of the United States, so it is no surprise it has linked up with other enemies of America, such as China and Russia. There is, as some have mentioned, a new Axis of Evil.

Beijing, Moscow, and Tehran are working well together because they share goals and identify the same enemy: the United States. This, as they find new ways to cooperate, is enough to make them exceedingly dangerous.

The new 25-year arrangement between Beijing and Tehran is an indication that bad actors can now have good relations among themselves.

Grégoire Canlorbe: Do you believe the COVID-19 pandemic serves as a bacteriological weapon of Peking to weaken America, while tightening the Chinese links with Iran and Russia?

Gordon G. Chang: We do not yet know the origin of COVID-19, but it likely came from the Wuhan Institute of Virology. That facility was re-engineering coronaviruses—gain-of-function experiments—and did not adhere to established safety procedures and protocols.

If the disease in fact escaped from that lab, as new evidence suggests, the coronavirus is almost certainly a biological weapon.

Yet, whether the coronavirus came from the lab or not, Xi Jinping turned the pathogen into a biological weapon. He took steps—such as lying about the contagiousness of the disease and pressuring other countries to accept arrivals from China while locking down his own country—to ensure that the virus infected the rest of the world. He acted maliciously and has now killed almost 2.7 million people outside his country.

Grégoire Canlorbe: In the contemporary “cold tech war” between China and America, how do you sum up the advantageous and detrimental aspects of Chinese culture—with respect to the American culture? Concerning the Western big tech companies that are Facebook, Amazon, etc., do you believe they are allies to America against Peking—and against their Chinese homologs (i.e., Baidu, Alibaba, Huawei, etc.)?

Gordon G. Chang: Culture has little to do with China’s advances in science and technology. Those advances are the result of Beijing’s determination and focus over the course of decades. Chinese leaders set a goal to dominate tech, and they have employed every tool at their disposal. They will stop at nothing to own the tech of tomorrow because they understand that tech dominance will give them economic and geopolitical dominance as well.

The adoption of China’s 14th Five-Year Plan this month shows Beijing’s priorities on tech. Tech spending almost doubled during the preceding five-year period, and it is set to grow fast from now through 2025.

China can innovate, and it can steal. Most important, it can concentrate its attention on goals.

The big tech companies are certainly not loyal to America. They are, like many companies, loyal to profits. In other words, they are loyal to themselves.

They will go wherever they can to make a buck—or a yuan—and at the moment they think China is rich pickings for them. In the long run, it will not be, but that is how they now analyze the situation.

Tech giants, such as Microsoft, that helped China develop facial-recognition systems to control racial minorities, apparently have no qualms about helping the Communist Party commit crimes against humanity. We must shame them, and others with the means—mainly those holding governmental authority—must stop them. It is up to Washington to prevent the tech giants from enriching and strengthening a hostile Chinese regime.

Grégoire Canlorbe: In your eyes, what should be done to turn Hong Kong into a sovereign state like Taiwan?

Gordon G. Chang: China’s Communist Party is ruthless. It will continue to rule Hong Kong until it can no longer do so. The way to free Hong Kong, ultimately, is to end the Communist Party. Once the territory is free, its people can decide whether to seek sovereign status.

In the meantime, we Americans have every reason to stop China in that territory. If Xi Jinping thinks he can take over Hong Kong without cost, he will be emboldened to go after other areas. We must establish deterrence.

If Xi feels he controls Hong Kong, he will have more time and resources to challenge Taiwan, Japan, India, the United States, and the rest of the world.

Beijing’s territorial ambitions have grown during the course of this century. Xi Jinping will not stop until he is stopped.

Grégoire Canlorbe: Thank you for your time. In the 1990s many Hong Kong movie directors came to Hollywood. Then they preferred to return home—even though Hong Kong, henceforth, was back in the bosom of communist China. How do you account for their decision?

That conversation was initially published by the Gatestone Institute, in March 2021